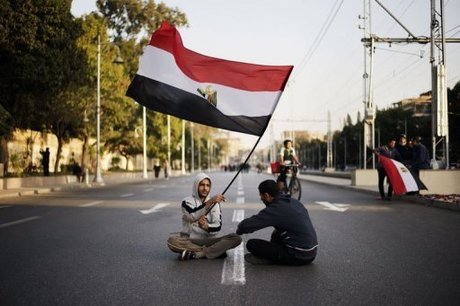 Egypt's interior ministry said on Saturday police arrested 60 people across the country during violent protests the night before targeting government and police buildings.

In Cairo, police arrested 30 people in clashes outside one of the presidential palaces, the ministry said in a statement.

Opposition activists have organised almost weekly protests every Friday which often dissolve into clashes at a presidential palace.

Last Friday, Islamist supporters of Mohammed Morsi, a former Muslim Brotherhood leader, staged their own rally in Cairo in support of the president.

The country is divided between Morsi's supporters -- many of them Islamists -- and liberal-led opposition groups that want more representation in government and amendments to an Islamist-drafted constitution.

The opposition organised mass rallies in November and December when Morsi adopted now-repealed powers placing his decisions beyond judicial review.

However, the protests have now dwindled in size to hardcore Morsi opponents and dozens of activists who target presidential palaces with petrol bombs, prompting police to respond with tear gas and birdshot.