Damn! Australians to be Fined for Swearing 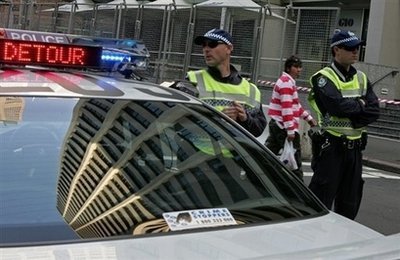 Australians may have a love of plain speaking but new laws are set to curtail some of their more colorful language with police issuing on-the-spot fines for obnoxious swearing.

The country's second most populous state Victoria is due to approve new legislation this week under which police will be able to slap fines of up to Aus$240 (US$257) on people using offensive words or phrases.

Victorian Attorney-General Robert Clark said the penalties, similar to those issued for speeding or parking illegally, would free up police time.

"This will give the police the tools they need to be able to act against this sort of obnoxious behavior on the spot, rather than having to drag offenders off to court and take up time and money in proceedings," he said.

But even the state's top lawyer admitted to swearing sometimes.

"Occasionally I mutter things under my breath as probably everybody does," he told ABC radio.

"But this law is not targeted at that, it's targeted at the sort of obnoxious, offensive behavior in public that makes life unpleasant for everybody else."