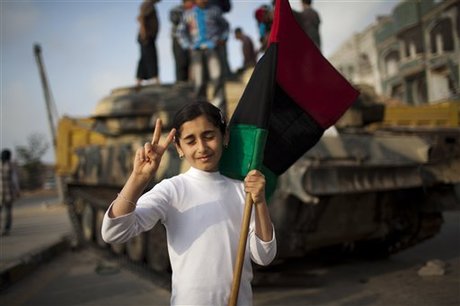 NATO allies agreed Wednesday to extend its military campaign in Libya for another 90 days until late September, the alliance said.

"NATO and partners have just decided to extend our mission for Libya for another 90 days," said NATO Secretary General Anders Fogh Rasmussen.

"This decision sends a clear message to the Gadhafi regime: We are determined to continue our operation to protect the people of Libya," he said, adding that NATO will "sustain" its effort to fulfill its U.N. mandate.

"We will keep up the pressure to see it through," Rasmussen said in a statement after the North Atlantic Council, the decision-making body of the 28-nation alliance, agreed to extend the mission.

An alliance diplomat said the extension officially starts from June 27, taking the mission through until end September.

"Our decision also sends a clear message to the people of Libya: NATO, our partners, the whole international community, stands with you," Rasmussen said.

"We stand united to make sure that you can shape your own future. And that day is getting closer."