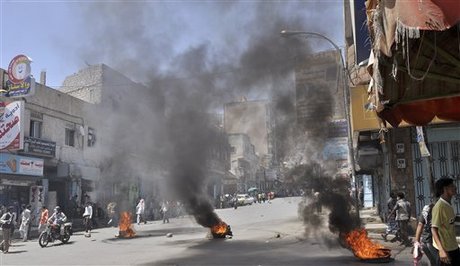 The Gulf state of Kuwait withdrew diplomatic staff from its embassy in the Yemeni capital Sanaa on Wednesday because of the security situation, the foreign ministry said.

The Kuwaiti diplomats "have left Sanaa this morning (Wednesday) due to the tense security situation" in Yemen, the official KUNA news agency reported, citing an official source at the foreign ministry.

The official said that local administrative staff would remain in the embassy to carry out routine work in the mission.

Heavy fighting was raging on Wednesday between government forces and fighters loyal to opposition tribal chief Sadiq al-Ahmar in Sanaa.