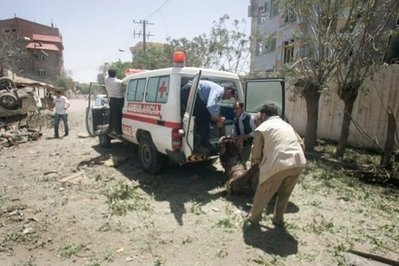 Nine people were killed and five others wounded when gunmen attacked a wedding party in eastern Afghanistan overnight, a provincial spokesman said Thursday.

The groom was a relative of the district chief in Dur Baba of Nangarhar province, and women and children were among the casualties, said the spokesman Ahmad Zia Abdulzai.

The gunmen were armed with AK-47 assault rifles and stormed the house where the party was being held, Abdulzai said.

The Taliban and other insurgents frequently target government officials as well as police and army in Afghanistan.

They have been waging an insurgency for nearly 10 years against President Hamid Karzai's government and the roughly 130,000 U.S.-led foreign forces which are in Afghanistan to support it.

The east, which borders Pakistan, where militants have hideouts, has long been a flashpoint for violence blamed on the Taliban and other insurgents.