U.S. Warns Lebanese Cabinet from ‘Consequences’ if it Doesn’t Respect its Commitments 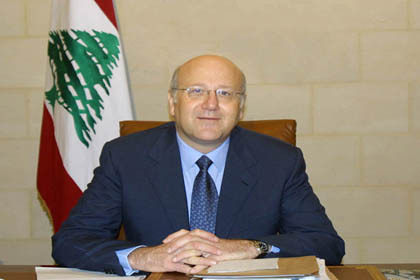 A high-ranking U.S. official said that Premier Najib Miqati’s cabinet is “disappointing” warning that it would face “consequences” if it does not abide by Lebanon’s international commitments.

The official said in remarks published in several dailies on Thursday that the consequences “won’t be limited to U.S.-Lebanese ties but (would involve) Lebanon’s international relations particularly (issues) linked to the operation of the international tribunal.”

The formation of the new government “came at a critical or inappropriate time,” he said, adding that Lebanon was consolidating its alliance with Syria at a time when the Assad regime is suppressing its people.

The official also expressed disappointment at the ministers who were named to the defense, and foreign and internal affairs posts.

Defense Minister Fayez Ghosn and Foreign Minister Adnan Mansour represent the Hizbullah-led March 8 forces in the cabinet. As for the interior minister, Marwan Charbel, he is part of the president’s share but was nominated after a deal struck between Michel Suleiman and Free Patriotic Movement leader Michel Aoun.

“All aspects of our ties with Lebanon, including assistance, stand on our assessment of the government,” the U.S. official said.

He reiterated the Obama administration’s stance that it would judge the new cabinet based on its makeup, policy statement and actions.

The official added that the key to better ties with the U.S. is Lebanon’s respect for its international commitments, mainly Security Council resolution 1701 and the Special Tribunal for Lebanon.

No warnings to israel which has not respected humanity and is the only apartheid state in the world?

What happened to the USA that supports the weak, defenseless, and oppressed? You have been supporting that tyrant state for 63 years now.

Dear US, you probably should have shown more support to Lebanon when Prem. Hariri was on power. You assistance was limited to small light arms, some HUMVEE jeeps and Cessna propeller plane. Would you give more when Hariri regains control of the cabinet? I really doubt you will.

this article resume, is the classice slang used in politics, "ADVISED WAR DONT KILL PEOPLE" ,if people continues in what they mention, the sanction, reaction, etc, will come without right to claim,