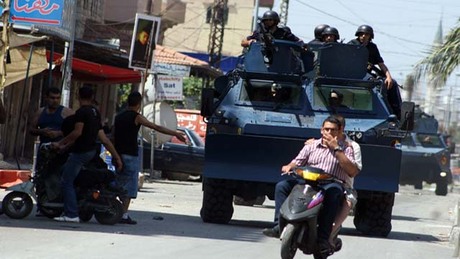 According to the news agency, the armed men were in a black Jeep Cherokee.

Two of the Syrian nationals were identified as Mahmoud Mohammed Ismail and Wafaa Khallouf, while the identity of the third person remained unknown.

Since the revolt in Syria, the security situation in Lebanon has deteriorated.

Lebanese and Syrian nationals have been involved in tet-for-tat abductions over the situation in the neighboring country Syria.

Lebanon has been also plagued by the kidnap-for-ransom phenomenon. The abductions mostly targeted wealthy businessmen or their family members.

Lebanese parties are sharply divided over the crisis in Syria as the March 8 alliance continuously expresses its support to Syrian president Bashar Assad, while the March 14 camp backs the popular revolt.

The international community and analysts have expressed fears that the conflict in Syria may spill over into Lebanon.