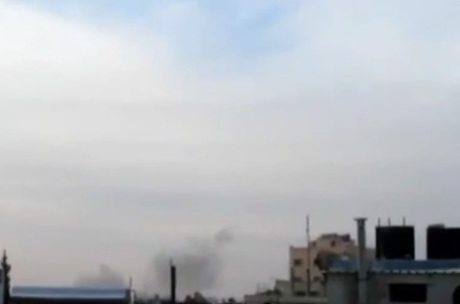 Shellfire near the Russian embassy in Damascus killed a civilian and wounded a member of the security forces on Tuesday, the Syrian Observatory for Human Rights reported.

"It was recorded that five shells hit the Al-Adwi area of Damascus," the Britain-based watchdog said.

"Some of them struck near the Russian embassy, where sources reported one civilian was killed and one member of the regime forces was wounded."

The Russian embassy has been targeted several times by rebel rockets and shells, but Tuesday's shellfire was the nearest they had come to a direct hit.

Moscow has stood by its Damascus ally throughout the more than two-year conflict, continuing to deliver arms to President Bashar Assad's regime and blocking Arab- and Western-led efforts to secure international action against it.