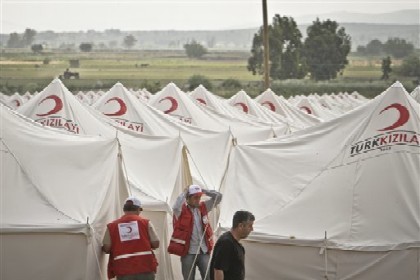 Denmark is providing an additional $20 million (15.3 million euros) to organizations aiding hundreds of thousands of Syrian refugees across the region, an official from the Danish foreign ministry said on Wednesday.

"I am proud to announce an additional contribution from Denmark of $20 million for the Syrian refugees," Jens Harloov told Agence France Presse on the sidelines of a conference on combating torture and limiting pre-trial detention held on the shores of the Jordanian side of the Dead Sea.

Harloov said Copenhagen has already provided $40 million for the Syrian refugees, adding that the additional assistance will be dispersed "within a month".

Over 1.6 million Syrian refugees, including more than 800,000 children, have sought refuge in Lebanon, Jordan and Turkey since the beginning of an uprising back home against President Bashar Assad in March 2011, the UN says.

"The conflict in Syria was initially sparked by people's indignation... witnessing brutal detentions and torture," Harloov told the opening session of the two-day conference.

The Syrian Observatory for Human Rights, which relies on a network of activists, lawyers and doctors on the ground in the war-torn country to document conflict data, said on Wednesday the death toll from the war had now reached 100,191.