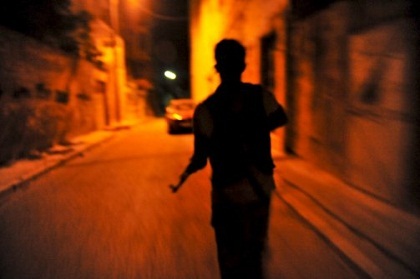 A Jordanian air force captain has allegedly "deserted" and joined Syria's jihadist Al-Nusra Front to fight against President Bashar Assad's forces, a member of his family and a Salafist leader said on Monday.

"Ahmad Atallah Shbeib al-Majali, born in 1984, took a leave from his job last Wednesday and traveled to Turkey on Friday and from there he went to Syria to join the rebels," the family member told AFP on condition of anonymity.

The relative added that Majali was promoted just two weeks ago.

The Jordan Armed Forces refused to comment, while there was no immediate reaction available from the government.

A Salafist leader confirmed Majali's defection and that he has joined Al-Nusra, which seeks to establish an Islamic state in Syria.

"The captain from the southern city of Karak has been in touch with members of Nusra and has decided to join them. There are eight people fighting with Nusra from his area," he told AFP on condition of anonymity.

Another source told AFP that Majali was not a pilot.

"He has deserted and could face the death penalty if convicted of desertion," the source added without elaborating.

Jordanian Salafists have said there were more than 500 jihadists from the country in Syria.

Amman denies accusations from the Syrian regime that the kingdom has opened up its borders to jihadist fighters.

Jordan does not tolerate Salafists that espouse an austere form of Sunni Islam and the authorities have jailed many of them for going to fight in Syria or trying to do so.