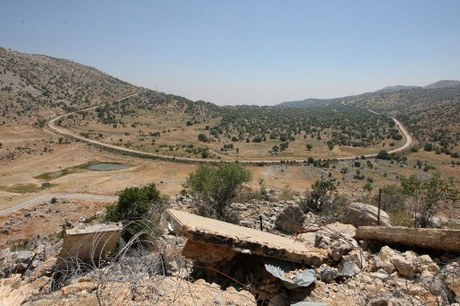 The United Nations Interim Force in Lebanon on Wednesday handed over to the army two shepherds that were kidnapped by Israeli forces a day earlier, the state-run National News Agency reported.

Youssef Hussein Rhayyel and Youssef Mohammed Zahra were kidnapped on Tuesday from a region near the southern town of Shebaa, according to the NNA.

The same source noted that they were abducted into the occupied Shebaa Farms.

A statement released by the Army Command later on Tuesday elaborated: "A pedestrian Israeli patrol kidnapped shepherds Zahra and Rhayyel from the liberated Lebanese territory in Shebaa near al-Naqqar pond."

"Following the incident, army unit mobilized in the area and took the necessary defensive measures.”

The army communique added: “We also contacted the UNIFL troops to coordinate our efforts and release the kidnapped Lebanese.”

As to the shepherd's female sheep, the report is that they were impregnated by the Israeli military and should deliver their brebisraelis in a few months.

The lord is their shepherd...