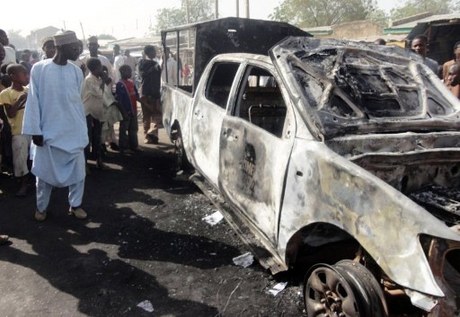 A military commander claimed on Wednesday that soldiers had since last week killed more than 100 attackers responsible for a deadly raid in ethnically divided central Nigeria.

"So far we have killed more than 100 of the attackers before we succeeded in securing the areas," Major General Henry Ayoola, who commands a task force in the region, told reporters.

The military has come under major pressure over last week's attack which killed at least 28 residents and the commander's information could not be independently verified.

Some local officials have put the death toll from the attacks higher, saying as many as 70 people were killed.

The attacks appeared to have been reprisals linked to cattle theft, often the source of friction in the Middle Belt region dividing the mainly Muslim north and predominantly Christian south of Africa's most populous nation.

The military came under criticism over an alleged slow response to the attack and has since sought to defend itself.

"Before the gunmen retreated, we had killed over 20 of them," Ayoola said.

"My troops traced them in their direction and gunned down several of them days after the attack. So far we have killed more than 100 of the attackers before we succeeded in securing the areas."