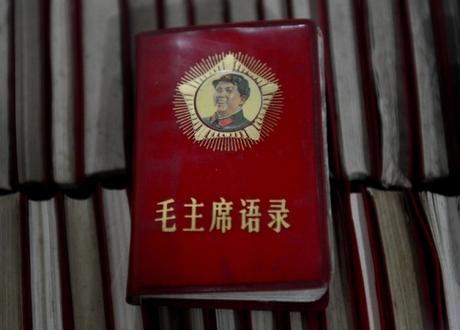 As a teenager radicalized by China's Cultural Revolution, Zhang Hongbing denounced his mother to the authorities. Two months later a firing squad shot her dead.

Now after more than 40 years of mounting guilt, Zhang has ruffled the silence that cloaks China's decade of turmoil with a public confession.

Such rare apologies have been welcomed as a potential gateway to the collective soul-searching that could bring healing -- but is blocked by a ruling Communist Party whose critics say is unwilling to confront its own responsibility.

"Back then everyone was swept up and you couldn't escape even if you wanted to. Any kindness or beauty in me was thoroughly, irretrievably 'formatted'," Zhang told the Beijing News last week.

"I hope that from my self-reflection other people can understand what the situation was like at that time."

The 1966-76 Cultural Revolution, unleashed by then-leader Mao Zedong to reassert power after the famines caused by his disastrous Great Leap Forward, inflicted myriad personal tragedies and threw society into chaos.

"Red Guard" youths abused their elders -- officials, intellectuals, neighbors, relatives -- dragging them into "struggle sessions", ransacking their homes and driving some to suicide.

Many targets were jailed or killed, and while no official figure has been issued, one Western historian estimated half a million people died in 1967 alone.

Zhang reported his mother in 1970 for criticizing Mao, and military officials came to their home, assaulted her and took her away.

But as the political winds changed -- a few years after the Cultural Revolution ended, a court in his native central Anhui province recanted his mother's sentence -- Zhang began to rethink as well.

"I will never forgive myself," he said.

Only a handful of public confessions have appeared, mostly in recent years as the Revolution's once-heady teenagers enter their 60s.

Wen Qingfu from the central province of Hunan cited age as a spur for admitting in an essay in June that, following orders, he once led a mob to storm the home of a teacher whose son he often played with.

"When people get old they look back and reflect," he told a provincial newspaper. "If I didn't apologise now we would both get too old."

Wen acted in time to see his victim's daughter reply in a public letter on behalf of her frail mother: "You can let go of your guilt."

Many Chinese have embraced these apologies, even though wide airing of past wrongs might invite a spate of legal action, said Ding Xueliang, a Cultural Revolution expert at Hong Kong University of Science and Technology.

In a rare trial stemming from the era, a court in Zhejiang province in April sentenced a man in his 80s to 42 months in prison for a 1967 murder.

Still, Ding said, "the positive consequences would go far beyond the negative ones... to collective soul-searching, to build a more law-based society".

But China's ruling party prohibits such discussion, which would inevitably broach the question of its own ugly role. Any trial or apology tends to skirt around this central issue, say academics.

"Individual responsibility is one part of this," said Xu Youyu, a researcher at the Chinese Academy of Social Sciences.

"Some things are basic, for example, you can't hit people or humiliate or persecute them."

But the confessions "have not touched on the more important or fundamental issues," he said, and if they did, "there might be a question of whether the discussion could continue".

Shortly after Mao died in 1976 the campaign was ended, and the authorities hung blame on the controversial Gang of Four leaders headed by Mao's wife Jiang Qing, jailing them in 1980.

The following year the official party line declared that the Cultural Revolution had dealt China "the most severe setback and the heaviest losses" since the founding of the People's Republic in 1949.

Mao was deemed to have been 70 percent right and 30 percent wrong, having made "gross mistakes" but far greater contributions.

And with that a curtain over the matter was drawn.

The remark -- seen as a rebuke to the recently disgraced leader Bo Xilai who had championed "red revival" -- heartened those who support freer discussion of the decade, but the impact of Wen's words ended there.

Virtually no museums, memorials or films in China explore the Revolution, except for little-known private efforts such as one museum in southwestern Sichuan province that refers discreetly to a "Red era".

In a public apology published in June, Liu Boqin of Shandong province in the east detailed his crimes and listed his victims, but only vaguely referenced the political directives that drove him.

Instead he cited "youth and ignorance, being incited, wicked, not distinguishing right and wrong" for having hounded teachers and vandalized homes.

"Although being swept up in the environment of the Cultural Revolution was one reason," he wrote, "I as an individual bear responsibility for my evil actions."