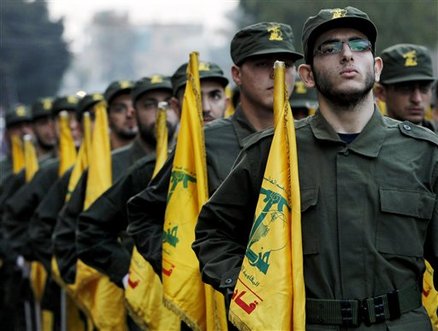 Hizbullah on Friday condemned “the twin terrorist bombings that targeted innocent civilians in the city of Tripoli,” urging “wisdom and awareness.”

“The criminal hand of terror insists to preoccupy the Lebanese with the counting of their martyrs and wounded through targeting innocent civilians in all Lebanese regions,” the party said in a statement.

“These terrorist blasts are part of the criminal scheme aiming to sow strife among the Lebanese and drag them into civil strife under sectarian banners, which serves the regional-international scheme seeking to fragment our region and drown it in seas of blood and fire,” it added.

And as Hizbullah expressed “extreme anguish over the plight of our patient people in Tripoli,” it said the attacks aim to “continue the scheme of dragging Lebanon into chaos and destruction and to fulfill the malicious objectives of the Zionist enemy and its supporters.”

The party also urged “all wise people to preserve the rhetoric of awareness and wisdom and not to heed rumors and accusations seeking destruction for the country and its people.”

Earlier on Friday, dozens of people were killed or wounded in twin bombings that targeted two mosques in Tripoli.

The attacks come eight days after 27 people were killed and around 300 wounded in a car bombing that rocked the Beirut southern suburb of Ruwais, a Hizbullah bastion.

Of course they did it, that they have to lie about shows the end of Islam is near, because every moslim is ashamed about it.

No HA did not do this one. This one was done by Assad in order to "burn the Middle east" before he is ousted.
And hopefully he will be ousted, his panic chemical attack is one clue.
http://www.lefigaro.fr/international/2013/08/22/01003-20130822ARTFIG00438-syrie-l-operation-anti-assad-a-commence.php

this has the markings of syria and its allies. syria needed to deflect the news of its chemical attack and also to get 'revenge' for its hizb iran allies so in the last couple of days, you had a pro-syrian palestianian group launch missiles at israel and now this horrific bombing. lord have mercy on the victims and may the perpetrators burn in hell a thousand times over.

Damn right they did.

shoo they did all of them smallah.. Dahieh they did it to pin the blame, here they did it, bla bla bla... do you guys honestly think they are that stupid? To destroy what support they have left in the country? Zionists all the way. Both of the blasts. Believe it

It's the same rhetoric from Hezbollah as what they said after they killed M14 politicians, journalists, and investigators.

P2. If you believe otherwise then you are falling for the trap being laid out for you. Please don't let the foreign enemies of Lebanon and they are many and on both sides, fool you into turning against one another because that is precisely what they want. There is a rogue mercenary terrorist group within Lebanon funded by foreign powers whose sole purpose is to ignite Lebanon into a ball of fire by indiscriminately shedding the blood of civilians, mainly women and children. You can be the victim by playing along or you can be wise and embrace your fellow Lebanese citizen who politically disagree with to send a clear message to our enemies that you are not sheep and won't fall to their wicked treachery. You decide!

P1. Everyone please hit the pause button and please analyze rationally. I am not a proponent of HA and anyone who follows my posts knows that I am against their philosophy and political agenda, however cooler heads must prevail. Anyone here who thinks HA wants to be embroiled in a civil war within Lebanon or start a new war with Israel must not be thinking clearly.

i saw that bomb comming in a sunni area , right after he did last week's speeach .. he sent a subliminal threat and warning ,and now he struck back with vengeance for the dahie blast .