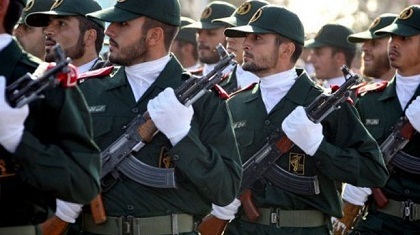 A top Iranian military chief warned on Sunday that the U.S. will face "harsh consequences" if it intervenes in ally Syria over claims of chemical attacks, Fars news agency reported.

"If the United States crosses this red line, there will be harsh consequences for the White House," armed forces deputy chief of staff Massoud Jazayeri was quoted as saying.

A year ago U.S. President Barack Obama warned the use of chemical weapons in Syria would cross a "red line" and have "enormous consequences".

On Sunday, his Defense Secretary Chuck Hagel said the US military was ready to take action against Syria.

"President Obama has asked the Defense Department to prepare options for all contingencies. We have done that," Hagel told reporters in Malaysia.

"Again, we are prepared to exercise whatever option, if he decides to employ one of those options," he said, a day after Obama held a rare meeting his top aides and brass to discuss Syria.

After the meeting, Obama spoke by phone with Prime Minister David Cameron of Britain, which has accused the Syrian government of using chemical weapons on a large scale.

A statement from Cameron's office said if the use of chemical weapons by Syria would "merit a serious response" -- echoing French calls that "force" be used if the claims are confirmed.

But the Iranian military leader warned Washington, its Western allies and Israel against playing with "fire".

"The terrorist war underway in Syria was planned by the United States and reactionary countries in the region against the resistance front (against Israel)," Fars quoted Jazayeri as saying.

"Despite this, the government and people of Syria have achieved huge successes.

"Those who add fire to the oil will not escape the vengeance of the people," added Jazayeri.

Foes of the Damascus regime say Syrian forces unleashed a chemical attack Wednesday on areas southwest and east of the capital, killing hundreds of people.

The regime of President Bashar Assad denies the accusations, saying instead that rebel fighters have used chemical weapons in the 29-month conflict.

Yislam Timmak ya Masoud Ghadanfar Jazayeri for pointing out the harsh and painful consequences awaiting the "White" House if it evens dreams of some military adventure in Syria. The Assad regime is not alone. Every honorable and freedom loving shia farsi will join in this spiritual and military fight between good and evil. The Islamic Iranian Resistance aka HA (Hussain Army) and its Jumhour are already on maximum alert to defeat any US-Takfiri-Israeli silly adventures. We the shia of iran and ali ibn talib will never rest until we defeat the great American Satan.

"The terrorist war underway in Syria was planned by the United States and reactionary countries in the region against the resistance front (against Israel)," Fars quoted Jazayeri as saying."

What resistance front is this terrorist talking about. The one in Syria that has not fired a shot since 1973 or the one in Lebanon that only fires at and kills Lebanese and Syrians. The mossad itself claimed Assad was/is Israel's man in Damascus. Empty Iranian rhetoric along with empty American rhetoric.

The US has Lost all Creditability as an International Leader in our world .
They messed up " Every " War they entered !
Afghanistan
Iraq
Libya
Korea
Vietnam
Sudan
Somalia
Bosnia
Most of South America
Most of Africa
80% of our world society is anti -American including their own Citizens just counting the shootings & Bombings inside their states ( especially schools & Universities ) Why ?
All I can say is that there other countries that do exist & have the same rights to express their opinion onto others' as the US have , thank God for Russia & China to counter balance !
Signed Wolf !!!!

Others have different view point re. the successes or failures of the U.S. involved wars you've identified above and those that you have left out. Another issue would be whether the outcome of those wars were complete or partial success or failure. Needless to say, I don't agree or approve with every decision the U.S. or the West have taken regarding their firm and full support, and the extent of which, towards some of the allies they continue to foster. ie. Turkey, Saudi Arabia, Israel. I am glad that Iraq was liberated from Saddam and the Shiites have much greater involvement in the government. I do not like the fact that some 1.5 million Christians have been forced out of Iraq, Christians in Egypt were heavily targeted by the Muslim Bros. during Morsi's reign, and the Palestinian problem has not been resolved.

On the other hand, Iran has clearly divided Lebanon by creating a State and army within a State the deadly consequences of which we are seeing today. So, I am not so sure if Russia or China can do a better job, specially in Lebanon. So, the moral of the story is: "we need not to rely on foreign interests to tell us what and how to do things, and instead take matters into our own hands, learn from our own mistakes so we can constructively correct them without outside and/or religious influence and interference."

Wolf, you're an idiot!

FYI Wolf- you are blindsided by hatred. Politics and media aside, US citizens will put away all their differences in a heartbeat when it comes to homeland security and attacks on US soil. Unfortunately we can't say the same about us Lebanese.

I think that Iran is bluffing. But, if it does means what it says, I am sure the end of Iran, HA and Bashar is soon. The USA is not a joke. The USA could destroy Iran in seconds. I would just advise Iran to cut the crap and stop interfering in the Arab affairs. I also think that Iraq, Syria would be reclaimed by the Sunnis and the Iranian state would be toppled by the reformists and the region would be rid of an evil that I couldn't in a million years have imagined existed. We the Lebanese are now much worse off under Iranian control than we were under the evil Hafez Assad.

The U.S will use cruise missiles against selected target of the Syrian army.Destroying most of the air power and logistics.I think they have already mapped out all targets.

They will not commit to have any soldiers involved.This will give some advantage to the rebels.I just hope it does not spill into Lebanon or any American attack on Hizbullahs weapons.God save us from this nightmare.

The biggest mistake the US did in Irak, is that it didn't take away Iran at the same time, and gave the opportunity to the basij to plot around, and spread their venim everywhere in the ME. It's about time they too get some taste of the best of US technology, and be brought down to what their real size should be. The US should know that appeasement will not work with these treacherous outlaws, and that the growing abcess in the ME should be surgically cleaned once and for all !

U.S. attacks Syria. Who is sandwhiched Between the U.S army on Syrias border and hez on the border with Israel? Lebanon

What's he threatening with, his new jet fighter made of cardboard.

what "failure"?? this is a success...they are selling weapons, rising the economy of the west out of the ashes, what failure

I'm sure US is terrified of Iran.

the kid is to young to have heard of irangate or the 96 tamuz agreement between Israel and Hezbolat(thus Iran) to protect the israeli border...

reef dimashq about to be cleaned ? thats probably why Basha Assad gazed them in their sleep. Even Hitler did not gaz its own people.
Here's a map to keep up to date, you seem to need it...
http://en.wikipedia.org/wiki/Template:Syrian_civil_war_detailed_map

Even u don't believe, youtube any dubious position and double-check.

Iran is still enjoying fighting a war with the blood of others and away from its lands. It is the fools who were drafted to defend the "Welayat al Faqeeh" who will as usual pay the high cost of the confrontation.

With such a strong Iranian threat can't you hear the US Defense Secretary and Chief of Armed Forces shivering in their shoes. You should be able to hear it all the way from the US to Lebanon.

iranian threat ?
1- Iran is tool of american policy in the Gulf, like Israel, it didn't change since the shah, many proofs, just need to read and thin a bit...
2- Iranian military hardware is soviet-old. They're lying about their capacities and everybody know it. Only think I like in their army in their missiles, not good enough for Israel, but for good enough for khalijis oil terminals. But then pakistanis will have to nuke them...

Don't be naive Southern. Don't underestimate the US. Unlike most other nations it is actually back on the right economical and technological path and in position to being a world leader again. It's slow progress but at least they're working towards a goal unlike other nations that are flailing like headless chicken trying to make sense of their identities and future.

Actually, the US will lose its place as 1st in economy to China ( idk how it's still first with 11+ trillion in debt (some 2-3trillion from Iraq alone, we saw its ramifications in the world economy).

Japan will retain its 2nd position as always (massive debt there too).

And Russia and the US of A will fight for 3rd.

Point I'm trying to make is that the reason western powers are so reluctant is that they've invested so much money in the ME's unresolvable problems that they're tired of it. And everyone that's still involved is only as such because of arms sales. Also, the US is most reluctant (EU's top-guns (excluding the Germans because they're sensible people) are bandwaggon-jumping tools -- looking at you Britain and France (the latter, I think, this has something to do with appeasing its troublesome Muslim population)) because it can't afford another 2-3 trillion (and the involvement of Russia/China) with its crawling economy, and the fact that Iran is more challenging to take down than Iraq (see:Iran-Iraq conflict--Iran practically wiped the floor with Iraq after a 2 years or so).

lol at iran--they spend a week celebrating the fact they shot down a drone with a jet and more boasting at having their own jet (how many of them do they have in service now). if the us were to attack, it would make sure that iran would not have the opportunity to counterattack for a while--iran is like saddam's iraq, all talk but no substance.

I doubt that Iran would conduct an outward and conventional military retaliation against the US for any action taken in Syria because that would allow the US to easily justify an attack that would effectively end their nuclear program.