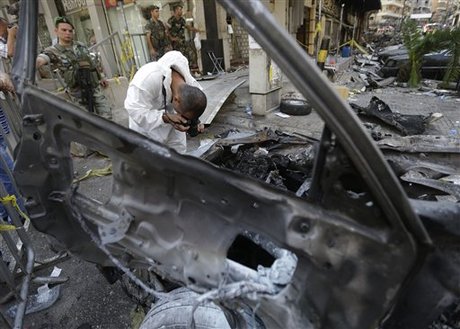 Spain on Sunday urged its citizens to avoid travel to Lebanon except in cases of extreme necessity, citing the "instability" created by the repercussions of the Syrian conflict on the country.

The Spanish foreign ministry urged Spaniards who are already in Lebanon to keep away from places "witnessing political demonstrations" and not to visit Tripoli, Akkar, the Bekaa Valley and Beirut's southern suburbs.

It called on its citizens to be “extremely cautious, especially on the roads in Lebanon,” noting that “the Lebanese road network is witnessing major deterioration that has led to a spike in traffic accidents.”

The ministry also urged them to regularly monitor the political and security developments, respect Lebanon's security regulations and submit information about their residency in Lebanon to the Spanish embassy in Beirut.

Several Western and Arab countries have issued similar travel warnings, amid fears that a likely military strike on Syria might have repercussions across the region.

Dozens of people were killed and scores others wounded in four bombings that rocked Beirut's southern suburbs and Tripoli last month.

Anybody else feeling ashamed of being lebanese thanks to Hezbollah and their mercenaries?

Is that all that you feel ashamed for? There are millions of things to be ashamed over for being lebanese. Being lebanese is a curse, only the bright can comprehend it.

being palestinian is worse, friend. they r treated like pariahs worldwide, like terrorists, land thieves, yet they r the victims.

Is there any other country left that did not ask its citizens to flee Lebanon...?