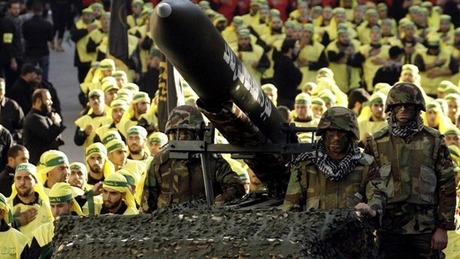 The Free Syrian Army has urged the United States, Russia and the U.N. Security Council to expand the investigation of the U.N. inspectors into the Lebanese territories, al-Joumhouria newspaper reported Thursday.

The daily said that the FSA made the request after receiving “evidence that the Syrian regime had transferred two trucks of chemical weapons to Hizbullah around three months ago.”

A U.N. report released Monday confirmed that chemical weapons were used on Aug. 21 outside Damascus but did not ascribe blame.

The U.S., Britain and France cited evidence in the report to declare President Bashar Assad's government responsible. Russia called the report "one-sided" and said it has "serious reason to suggest that this was a provocation" by the rebels fighting the Assad regime in Syria's civil war.

The chief weapons inspector said Wednesday that his team, which went to Syria last month and drafted the report, will return to Syria soon to investigate various accusations against the regime and opposition.

Al-Joumhouria said the FSA claims that the chemical weapons allegedly transferred to Hizbullah are “capable of killing half of the Lebanese population and threaten the security and safety of the region.”

The rebels also claimed that the weapons are stored in Mount Sannine, Oyoun Orghosh, the outskirts of Yammouneh and a depot near the town of Meshmesh, al-Joumhouria said.

LOL @ FSA and U.N !!!! The Islamic Iranian Resistance aka HA (Hussain Army) does not need Chemical weapons or weapons of mass destruction to be victorious. Will, determination, and dying for a noble cause are the only weapons of mass destruction the resistance possess. The victory in Ayta al foukhar of a handful of mujahadeen over 4,839 Merkavas and 321 F-16s is currently being studied in military academies all over the world including West Point and Top Gun pilot school in San Diego. The resistance derives its power from unnatural heavenly power and does not rely on man made chemicals.

You forgot to mention the divine victory in Qusayr that was achieved under the cover of continuous air and land bombardment aided by the full might of the syrian baath army.

Sometimes ,it can help, (between us the glorious Hussain army followers)

I believe CW should be the least concern on your M14 lists. I will tell you why:
1. If you have FSA terrorist group, you do not need CW to kill people. Every martyr of these cannibals will strap a dynamite belt and Allah Wakbar. So the chance of dying from Saudi-culture weapon of choice is greater.
2. If you have FSA, you do not need to die, you are dead already. The culture of M14, Saudi, FSA is a culture of death. Have you ever heard of suicide bombing but in the production of Saudi and Alike?

Hezzo culture, the 1 who live is already dead , and the 1 who die is a martyr alive in heaven , congratulation Botine

We want neither. You doorknobs can take your Saudi Al-Qaeda type rebels/terrorists together with Iran and their respective terrorists and live the "...." from Lebanon. Both sides can take their religious bigotries towards one another and your fear and handicaps against Israel/Zionism and deal with your issues within your own lands and shores.

How much are M 8 brainwashed with Mahdi propaganda? Can you tell us what the difference between Hezbos and Qaidos is? They are the same organizations with different messengers!!!

How about FSA-Al Qaeda stops massacring innocent and unarmed civilians before they try preaching about regional stability?

Israel would never allow HA to get cws.

What is the difference between Hezboss & Qaidos?Read history and remember,once upon a time shia were suffering a lot,and now,the entire world is suffering from Hezboss.And remember that Martin Luther King said,"I have a dream",and also many braincleaned persons like you will never see the dream come through...so just keep dreaming and continue to hate entire world.

lol FSA the israeli stooge, being pathetic as usual.

however thinking about it now, i'm afraid this is in preparation for another false flag chemical attack, this time in lebanon...

wow, they managed to find one case where the jihadis -didnt- massacre christians! hurray! it makes us suddenly forget all the cases where they did massacre.

the only rubbish propoganda was auon's and basil's on this account. taught of course by the ASSad media...

Motormouth....to you EVERYONE that denounces your crooks/scums are part of an Israeli, American, Lunar, Galactical conspiracy. Your one delusional idiot!

Who is an Israeli stooge, FSA or Assad's regime? Where was Assad when Lebanon was being attached in 2006, wait a second, by Israel? Has Assad filed a single bullet towards, wait a second, Israel? You doorknobs have nothing to say about your own achievement or your true grievances but blame Israel. Nobody is buying Israel's "snake oil" anymore. Yalla bye go all of you, now Putin and Russia will dictate the M.E., and I hope you all come together and drink some vodka and other extra curricular with the Russian Svetlanas.

What, you guys don't like it? Obama made it very clear that when it comes to foreign affairs, specially the M.E., he want to lead from behind. I said it before and will say it again. Obama will do anything in his power to avoid Syria, and the same goes to Iran. So, M.E. get ready for Nuclear Iran and back to French colonialism with Russia taking the lead role. The American people are sick and tired of all the nonsense that comes out of Arab/Muslim M.D. Soon the honeymoon with the Gulf countries will also get boring, and the U.S. will seek to do commerce elsewhere. So, you'll be on your own with left over or newly emerging super powers who do not have such great human rights record. No one said the U.S. is perfect, and the U.S. is not perfect.

So, whoever got lucky with oil in the M.E., built infrastructures and civil institutions, and reinvested their gains for future generations, may go to sleep with less worries. Be careful, the oil from Lebanon's shores are already being siphoned off. The more you doorknobs waste your time bickering with one another about religion, Israel, Zionism, etc., countries like Iran and Saudi Arabia will swallow you until you and your new generation disappear from this region we call Lebanon. Oops, what happened!

why do hezbis disagree? it would innocent them if they accepted this probe no? aren't they INCAPABLE of this?
or if they refuse wouldn't that mean they have many things to hide? LOL

great ! you ll have nice dreams then! happy for you!