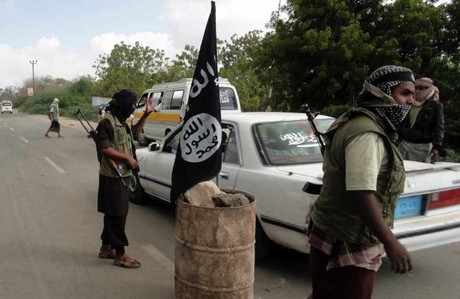 HRW's acting Mideast director, Joe Stork, urged the Yemeni government to "condemn and rigorously investigate all attacks on journalists and ensure those responsible are brought to justice."

He warned that "President (Abdrabuh Mansur) Hadi's failure to address the attacks on Yemeni journalists not only denies them justice, but makes the media as a whole afraid of further and more serious attacks."

Despite "greater freedom of expression" since Hadi replaced Saleh, this "freedom has been tempered by a rising incidence of threats and violence against the media," said the New York-based watchdog.

In its report released in Sanaa titled: "'A Life-Threatening Career': Attacks on Journalists under Yemen's New Government," HRW said that during Saleh's rule, Yemeni journalists were harassed by government security forces.

But since Saleh's resignation after a year-long uprising against his rule, journalists "now face threats from other quarters too," including his supporters, northern Zaidi rebels, southern secessionists and Islamists, it said.

HRW reported 20 documented attacks on journalists in Yemen between February and April this year alone.

It said that 28-year-old Wagdy al-Shabi was murdered in his home in Yemen's main southern city of Aden in February along with a friend. No arrests have been made in the case.

Other journalists have faced criticism, assault and even death threats, according to HRW. "No one has been successfully prosecuted in any of the cases."

Reporting on corruption posed a major risk for journalists in the impoverished country, the report added.

HRW urged the Yemeni parliament to "amend or revoke laws that restrict the right to freedom of expression and the media, and abolish the Specialized Press and Publications Court, which has unfairly prosecuted and imprisoned journalists on criminal charges."

Based on a pardon by Hadi, Yemeni authorities in July released investigative journalist Abdul Ilah Haydar Shae who had been detained for three years on charges of promoting al-Qaida.

But Shae, sentenced to five years in prison, will remain under house arrest for two years in line with an earlier court ruling, it said.

Yemen, home to the deadly al-Qaida in the Arabian Peninsula, is undergoing a shaky political transition with reconciliation talks stumbling over the future form of the state.