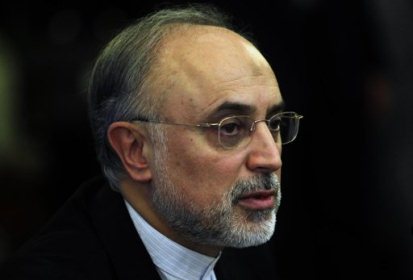 "Some time ago, we uncovered sabotage activities by several people at a nuclear plant," Salehi said in comments carried by the Mehr news agency.

"We let them continue their activities so that we could gather more intelligence.

"We arrested them at the appropriate moment and their interrogation is ongoing."

Salehi did not specify which of Iran's nuclear plants was targeted.

In 2010, a U.S. cyber-attack, reportedly carried out in collaboration with Israel, hit Iran's nuclear facilities. The Stuxnet virus was tailored specifically to target uranium enrichment facilities.

"There are still viruses out there but we have taken the necessary measures," Salehi said.

"Since we uncovered the Stuxnet virus, we have reinforced our protection systems and a special unit has been set up."

In recent years, Iran has detained a number of alleged U.S. or Israeli agents accused of spying on, or attempting to sabotage, its nuclear program.

Several Iranian nuclear engineers have also been killed in what Tehran says were assassinations by foreign intelligence services.