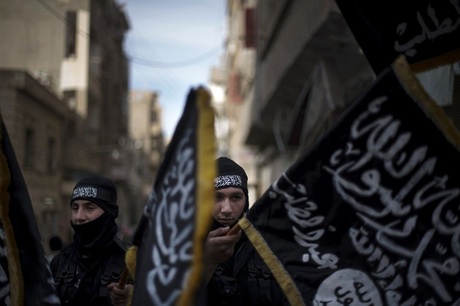 At least 41 fighters have been killed in violent clashes pitting Kurds against jihadists and Islamist rebels in northeastern Syria, a monitoring group said on Wednesday.

Kurdish fighters from several villages in oil-rich Hasake province are engaged in combat against al-Qaida affiliated groups the Islamic State of Iraq and the Levant (ISIL) and Al-Nusra Front, said the Syrian Observatory for Human Rights.

"At least 41 fighters were killed, including 29 ISIL, Al-Nusra Front and Islamist fighters," said the Observatory, adding that one of the dead was a local Al-Nusra leader of Egyptian origin.

Also killed were "12 fighters from the Committees for the Protection of the Kurdish People" (YPG), said the Britain-based group.

Clashes have raged in majority Kurdish areas for months, as the jihadist ISIL has sought to expel the YPG from areas under its control.

The latest round of fighting in Hasake broke out Tuesday morning, and resulted in the capture by YPG fighters of an ISIL checkpoint.

Analysts say ISIL aims to crush competition from other armed groups active in areas out of the control of President Bashar Assad's regime, and that its war with the Kurds is part of its strategy for control of territory and resources.

well this is only the beginning of a two year old war that will get more and more brutal every month between the kurds and the Fanatics and the fanatic and the FSA as well. Good luck for the Kurds and death for the FSA and the fanatics because they were the one who brought insecurity to the region and the FSA was the reason of the Muslims penetration into the conflict.

¿does she bring OJ 2 U when U open ur eyes every morning?

These foreign mercenaries so called ISIS have no place in our Levant, these people are almost as evil as Assadists.