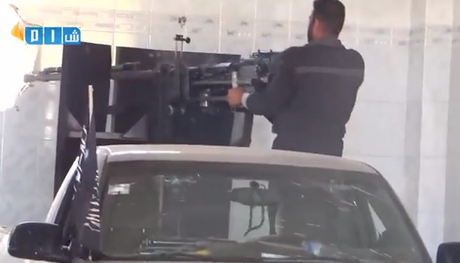 Rebels assaulted the regime-controlled central prison in the main northern city of Aleppo on Wednesday, the Syrian Observatory for Human Rights said.

The mostly jihadist fighters launched an attack on the administrative building of the prison, which has been under siege since April.

Terrorists freeing more terrorists to commit more terrorism and yet people have the nerve to call them things other than terrorists. Likening them to animals is the most favorable.

criminals trying to free criminals, so they can commit more crimes together.

but this must be the 200th time they attack aleppo's central prison, each time losing more cannibals under its walls. nice self-cleaning process.