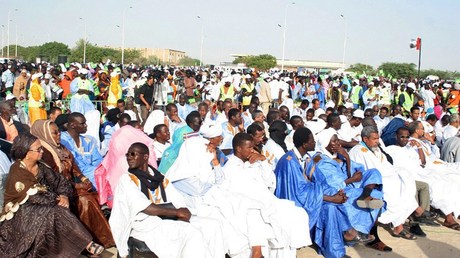 One of Mauritania's main opposition parties announced on Monday it was pulling out of the west African nation's November 23 elections despite an earlier pledge to take part.

The left-leaning Union of the Forces of Progress (UFP) - part of a coalition of opposition parties - said the boycott would thwart the "sham election" being planned by President Mohamed Ould Abdel Aziz.

The move means that, of the 11 parties which make up the Coordination of Democratic Opposition, just the Islamist group Tewassoul has agreed to take part in the polls, arguing that its participation would be a "form of struggle against the dictatorship".

Mauritania has already had to postpone the parliamentary and local elections originally planned for October after the coalition said it would "boycott this electoral masquerade" in a bid to cause the vote to fail.

Following independence from France and the ensuing one-party government of Moktar Ould Daddah, deposed in 1978, Mauritania had a series of military rulers until its first multi-party election in 1992.

Abdel Aziz seized power in a 2008 coup and was elected a year later, but the opposition has never accepted his rule as legitimate and demanded he make way for a neutral leader to administer the vote.