Amnesty Calls on Chad to End 'Repression' of Critics 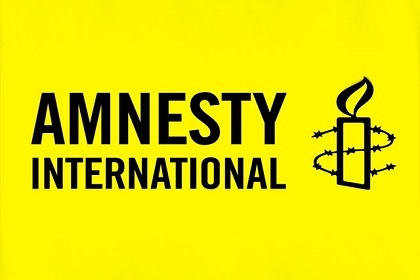 Rights group Amnesty on Thursday accused Chad of killing and illegally detaining its critics and demanded it stop using "repressive" tactics against opponents.

"People are dying in detention, held incommunicado and arbitrarily arrested left, right and center," said Amnesty's Christian Mukosa, as the London-based group released its report "Chad: In the name of security?"

"The government is doing everything it can to silence anyone who dares to criticize them," he warned.

The report claims to have evidence that the government "brutally represses any form of criticism and restricts the freedom of expression in the country,” particularly after a failed coup attempt in May.

It found that "hundreds of people", including opposition lawmakers, journalists and academics, were being illegally detained in "deplorable conditions.”

The report accused President Idriss Deby Itno of failing to live up to promises made when he came to power in 1990 that he would respect human rights.

Deby has ruled the central African state since 1990, when he ousted his predecessor Hissene Habre, who is now being tried in Senegal for genocide.

In the past two decades, the Deby regime has announced foiling several coup bids and fought off rebel insurgencies allegedly launched from neighboring Sudan.

Following the attempted coup, a number of political opponents including Mahamat Saleh Makki, president of the Unity and Reconstruction Party, were charged with "conspiracy, endangering the constitutional order and complicity of assassination."

Amnesty called for "prompt, thorough, independent and impartial investigations" into claims of torture and for the release of all prisoners detained without charge or for them to be promptly charged.

"The Chadian authorities are violating their own constitution, as well as national and international law," said Mukosa.

"The perpetrators urgently need to be prosecuted," he added.

Chad was last week elected as a non-permanent member of the U.N. Security Council for the next two years starting in January 2014.