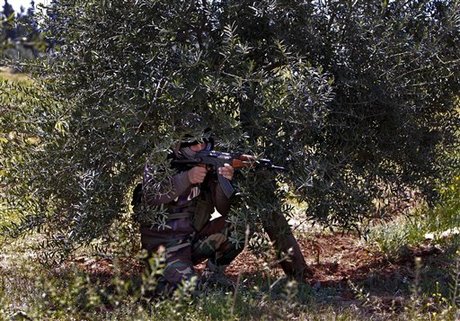 A Hizbullah official stated on Thursday that if it weren't for the party's interference in the Syrian war, the Damascus regime would have “certainly collapsed.”

"(Syrian President Bashar) Assad' regime would have collapsed in two hours if Hizbullah forces had not intervened in the fighting,” a party official told UK's The Times magazine.

He added: “Hizbullah decided that the Syrian regime's falling in the hands of the revolutionaries is not acceptable, because it would have become surrounded by enemies.”

The official also revealed that Syria's army is “following the war plans set by Hizbullah fighters.”

But when it comes to bombings and air raids, the party is only helping the regime whenever required, while the leadership and commands in these matters are in the hands of the neighboring country's forces, according to the official.

Hizbullah chief Sayyed Hassan Nasrallah reiterated on Thursday that his party's fighters will not withdraw from Syria.

"We have said on several occasions that the presence of our soldiers on Syrian soil is to defend... Syria, which supports the resistance" against Israel, Nasrallah said in a speech he gave on the occasion of Ashura.

"So long as that reason exists, our presence there is justified.”

Unlike Westners, Hizbullah "officials" are not in the habit to remain "unnamed". So who is the official who made such outlandish claims? Or did it exhist just in the dreams of The Times magazine? or Naharnet Newsdesk?

unsuccessfully tried to find this quote on http://www.thetimes.co.uk

I suggest we be sipping an ice cold lager on the corniche @ Raouché during payback time. I wonder if we'll be hearing the screams from there ;-)

yaret abass, but the millions of people nasrallah forced into exile are taking regular lebanese jobs. I'm not going to drive a taxi for 1000 L.L. / day.

China, meanwhile, is slowly taking over the world.

This is one of Hezbollahs biggest misscalculations. If they would have supported the revolution, the Syrian people would not have hated Hezbollah, so as the new syrian regime. At the contrary hezb. was quite popular in Syria before the revolution.
Now, Hezb. finds themselves together with an isolated regime blood on their hands. They will never be forgiven.

The end of the resistance myth.

hello Tyrian, it's been a while!

utalktoyourself. stop talking to yourself and try talking to smart folks for change, it will do you good.

go ahead oh fighters kill all those Saudi terrorist without any mercy.

What will happen when even the regular army will revolt against Hizbo????

I have a question for naharnet:

will you/are you developing an app for IOS/Android?

when opened on my tablet, the page looks weird, I must scroll down to the bottom and click 'full version' in order to get the usual display with access to the comment section.

yes it is very funny. You really need to be the most popular clown to make that many unrelated arguments in one post.

@min-canada yes it is very funny. You really need to be the most popular clown to make that many unrelated arguments in one post.

YEs i think the statement is false. The article is probably based on a fake statement. No official in Hezbollah would think that, let alone say that.

i know that because unlike you i inform myself on its positions.