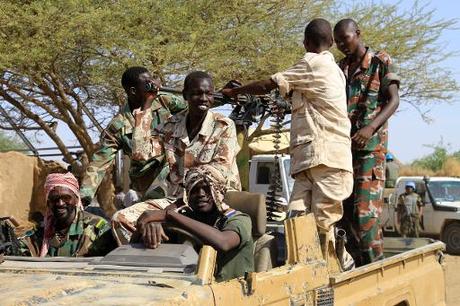 Chadian troops in a joint force with Sudan have been killed battling tribal fighters in the troubled Darfur region, a humanitarian source said on Saturday.

The source did not know how many Chadians died in Thursday's fighting with Salamat tribesman around Umm Dukhun, a town on the border with Chad in southwestern Darfur.

"Chadian deaths are confirmed," said the source who asked for anonymity.

Soldiers from Chad and Sudan have cooperated to jointly patrol their border region since ties between the two countries began to improve in 2010.

Off-and-on clashes between Salamat and a rival Arab tribe, the Misseriya, since April in southwestern Darfur have killed more than 200 people.

In the latest incident, Salamat on Thursday attacked Umm Dukhun town and a camp for displaced people on its outskirts, in what the source called a "big battle".

"They were eventually repulsed by the mixed Chad-Sudan forces, and pushed into Chad where the forces chased them for a while," the source said.

Tribal violence and rebel-government battles have displaced at least 460,000 people in Sudan's Darfur this year, the United Nations said on Thursday.