Swedish Inmate Escapes Prison to Go to the Dentist 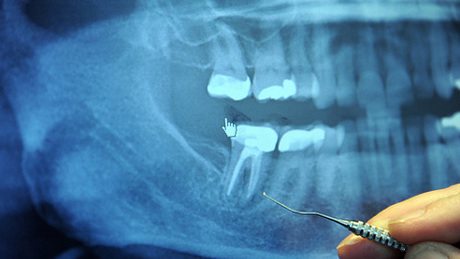 An inmate who slipped out of a Swedish prison to treat an aching tooth before turning himself in to police had his sentence prolonged, but just by a day.

The inmate escaped Oestragaard prison in southwest Sweden earlier this month, just two days before he was due to be released from prison, "because he had a toothache and wanted to go to the dentist," prison officials said.

"After going to the dentist he went to the police."

The 51-year-old man had complained about his toothache to prison officials four days before he broke out of the low-security prison.

Although his electronic tag went off after he bolted from the facility, prison staff were unable to locate him.

His original one-month sentence was increased by 24 hours, after prison officials decided to discount the day of the incident from his time served.

The man, who has since been released, told the Swedish paper that he was nonetheless happy he got rid of his toothache.

"Now I only have to pay the dentist bill," he said.