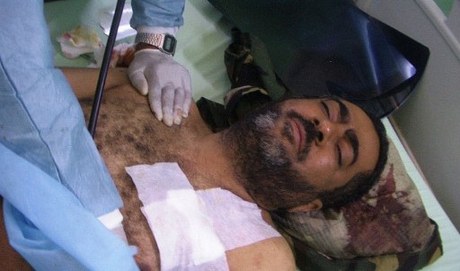 A Libyan security forces member was killed Monday in the eastern city of Benghazi and four people were wounded in nearby Derna when gunmen fired on a protest against insecurity, officials said.

Benghazi -- cradle of the 2011 uprising that toppled long-ruling autocrat Moammar Gadhafi -- has seen a string of attacks on security forces in recent days following deadly clashes between the army and a jihadist militia known as Ansar al-Sharia.

In the nearby city of Derna, long seen as a bastion of support for hardline Islamist groups, four people were wounded when gunmen opened fire on a protest against "extremism and insecurity," according to a local hospital source.

Unknown gunmen shot dead Mosbah al-Kabaeli in Benghazi's city center, said Hussein Ben Hamid, an official with his unit, which is under the authority of the defense ministry.

Al-Jala hospital confirmed the death of the 21-year-old, who was shot in the head.

On Sunday night, a charity clinic run by Ansar al-Sharia was struck by a roadside bomb, a member of the group told Agence France Presse on condition of anonymity, adding that no one was hurt in the attack.

Libya's weak central government has struggled to assert control over scores of militias made up of former rebels who helped topple Gadhafi.

A week ago deadly clashes erupted between the heavily armed Ansar al-Sharia and Libyan troops in Benghazi, with seven people killed and more than 50 wounded.

Ansar al-Sharia is suspected of being behind the attack on the U.S. consulate in Benghazi on September 11, 2012 that left the U.S. ambassador and three other Americans dead.

The group has denied any involvement in the incident, however, and on Monday a leader of Ansar al-Sharia also denied the group had any links to al-Qaida.

"We have no connection to them... We are not part of al-Qaida," Mohammed al-Zehawi, its leader in Benghazi, told Libya's private al-Naba television.

He insisted the group was focused on bringing about an Islamic state governed by sharia law in Libya.

Al-Qaida, the global terror network founded by Osama bin Laden, also favors the imposition of Islamic law, but its ambitions extend to waging war with the West and eventually resurrecting an Islamic caliphate.

Local officials across Libya have been urging protests and other civil disobedience to pressure the militias to lay down their arms.

In Derna, residents on Sunday blocked roads and burned tyres to protest against what they describe as spreading anarchy in the city.

The protests Sunday and Monday came after leaflets put up at mosques by a group calling itself "The Brigade of Abu Bakr al-Siddiq" warned against anti-Islamist demonstrations.