Attacks on Chadians in C.Africa Will Not Go 'Unpunished' 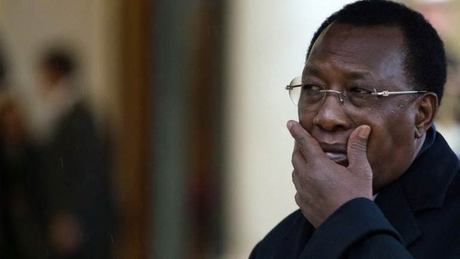 Chad's President Idriss Déby Itno on Friday vowed that attacks on Chadian nationals in the restive Central African Republic would not go "unpunished".

While visiting families repatriated to Ndjamena, Deby said that "attacking women and children, and targeting Chadians, assassinating, killing them is intolerable," according to an Agence France Presse correspondent at the scene.

Deby also appealed for national solidarity to help the roughly 12,000 Chadians -- mostly women and children -- who have been repatriated from violence-wracked Central Africa and who are being received back home at four planned centers.

He noted that, since 1995, Chad has lost 23 soldiers in the neighboring country and he claimed there has been a further loss of a unknown number of troops.

Chad's role in the African peacekeeping force MISCA in the capital Bangui has come into question for allegedly failing to be neutral in the growing sectarian conflict.

Chadian soldiers have been accused by Christians of supporting the mostly Muslim ex-rebels of the Seleka movement, which carried out the March coup that installed their leader Michel Djotodia as Central African president.

In return, Christian vigilantes have attacked Muslims, and a cycle of deadly revenge attacks has displaced thousands and sent others fleeing the country.