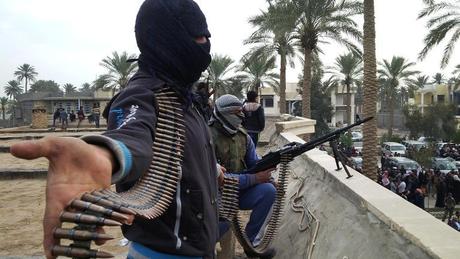 The Iraqi army launched a major operation Sunday on the crisis-hit city of Ramadi, swathes of which have for weeks been controlled by anti-government fighters, officials said.

Troops were backed by helicopter cover and imposed a ban on movement within the city, military spokesman Mohammed al-Askari told state television.

A police lieutenant colonel in Ramadi city, speaking on condition of anonymity, confirmed the operation had begun.

"The Iraqi army launched a large operation with helicopter cover against Daash, al-Qaida and terrorists in Ramadi," Askari said, according to Iraqiya TV, referring to terms frequently used by Iraqi security forces to describe militants.

The police officer said those taking part in the operation included policemen, tribal fighters, and SWAT forces. He said helicopters were also firing on targets in the sprawling militant-held Malaab neighborhood in the center of the city.