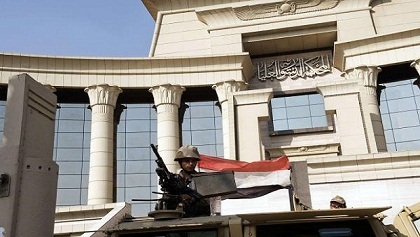 Thirwat Salah Shehata was arrested in a Cairo suburb, the sources said, adding he had been sentenced to death in absentia in the 1990s for an attempted assassination of a minister.

Shehata is believed to have been a deputy to Zawahiri when he ran the Egyptian Islamic Jihad before joining forces with former Qaeda chief Osama bin Laden, killed by U.S. special forces in 2011.

Shehata was reportedly detained in Iran following the U.S.-led invasion of Afghanistan after the September 11 attacks in 2001, which routed Al-Qaida and forced its leaders into hiding.

The Egyptian officials said he had been in Libya and then Turkey before returning to his homeland.