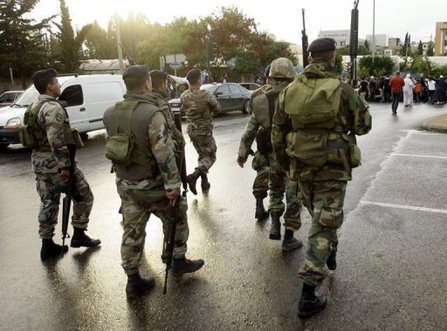 A shooting erupted Sunday in the Tyre district area of al-Bass during a dispute among a number of relatives, state-run National News Agency reported.

“The three brothers Youssef, Hussein and Salim Draz stabbed their uncle Jaafar Hajou over financial disputes and old problems,” NNA said, adding that the man was rushed to hospital for treatment.

In the wake of the stabbing attack, Hajou's sons opened fire at Youssef Draz's house in the al-Bass Palestinian refugee camp, which prompted the latter to retaliate in kind, the agency added.

“The Lebanese Army intervened and closed the road in the al-Bass area and efforts are underway to arrest those involved in the clash,” NNA said.

the Palestinian camps should be disarmed and under LAF control period