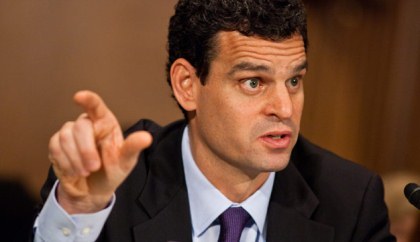 Moscow-based Tempbank and Mikhail Gagloev, a senior executive of the bank, were targeted for providing millions of dollars in cash and financial services to the Syrian government, including the central bank and SYTROL, Syria's state oil marketing firm.

"Today's designation builds on Treasury's ongoing efforts to apply economic pressure on the Syrian government by choking off access to the international financial system," said David Cohen, Treasury's under secretary for terrorism and financial intelligence, in the statement.

"We are committed to deterring those who contribute to violence and instability in Syria, and will continue to aggressively target individuals and entities supporting the Assad regime."

The sanctions forbid U.S. citizens or businesses from transactions with them and freezes any assets they may have in a U.S. jurisdiction.

The United States now has imposed sanctions on nearly 200 individuals and entities since unrest began in Syria three years ago as rebels attempted to oust the Assad regime.