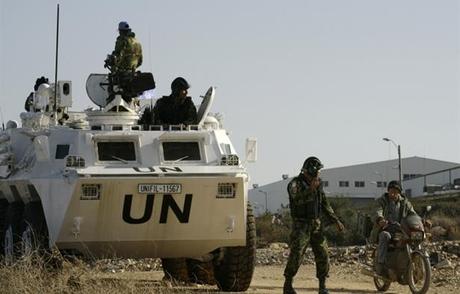 The United Nations Interim Force in Lebanon warned on Monday of the “very critical and delicate” situation in the South, but said concerned parties assured that the region would remain “calm.”

The situation in Lebanon, just like in the region, is “very delicate and critical,” UNIFIL spokesperson Andrea Tenenti expressed on Monday, adding that he was concerned about the firing of rockets towards Israel.

"These operations threaten security and stability,” he stated.

"But the UNIFIL is regularly following-up on the general situation with (concerned) parties and is seriously attending to the security situation,” Tenenti assured.

He continued: “The UNIFIL, and despite the difficult conditions, is committed to exerting efforts to strengthen respect for the Blue Line and to stop the acts of hostility.”

The peacekeeping troops' spokesperson also revealed receiving “guarantees” from concerned parties that they would not escalate the situation and would instead preserve “calm” in the South.

Several rocket attacks launched from southern Lebanon have recently targeted Israel in light of the Israeli campaign against the Gaza Strip that began earlier this month. In return, Israel responded with shelling southern sites were rocket launchers were set up.

The cabinet said “unorganized groups” were behind these attacks, while Hizbullah has so far distanced itself from the ongoing Gaza war.

Nevertheless, Hizbullah chief Sayyed Hassan Nasrallah promised on Friday that he will support Gaza “with all mean” if necessary.

Moments like this make me glad HA are fighting in Syria. Because if they weren't who knows what knee jerk reaction they would have taken towards Israel and in turn what the Lebanese civilian death toll would be.
HA provide us with so much uncertainty yet they still argue for their right to resist.
Speaking as someone who is totally opposed to ha's arms if they only had the balls to integrate into the LAF I would support them 100%. As the old saying goes. " united we stand, divided we fall".

What a self contradicting title.