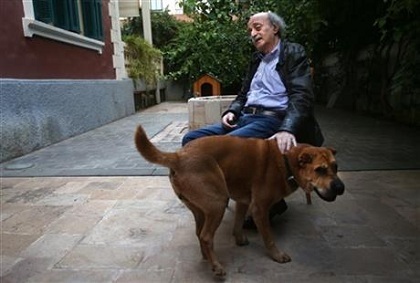 Progressive Socialist Party leader MP Walid Jumblat called on Saturday on the Arab countries to kick off a dialogue with foreign states to confront terrorism.

“Saudi Arabia should lead a dialogue with Iran and Turkey in order to fight terrorism that is committing crimes in the name of Islam, displacing Christians from the Iraqi state of Mosul and destroying the Arab and Islam diversity,” Jumblat told al-Mustaqbal newspaper.

He pointed out that the matter “is dangerous and unacceptable,” which compels “us to reconsider the origins of the rejected phenomena.”

Jumblat also hailed the speech of Saudi King Abdullah, considering that it “indicates the amount of risks posed by terrorism.”

Abdullah also lashed out at religious extremism, urging "Muslim leaders and scholars to ... stand up to those trying to hijack Islam and portray it as a religion of hatred, extremism, and terrorism."

"It is a shame and a disgrace that these terrorists kill, mutilate (dead bodies), and proudly spread (pictures) in the name of religion," he said.

His remarks were an apparent reference to Islamic State jihadists operating in Iraq and Syria.

ISIL has declared a "caliphate" in areas it controls in the two Arab states, with their lightning advance in Iraq in June seen as also posing a threat to Saudi Arabia and Jordan.

Saudi Arabia, an ultra-conservative Sunni kingdom and home to Islam's holiest sites in Mecca and Medina, shares an 814-kilometer (505-mile) border with Iraq.