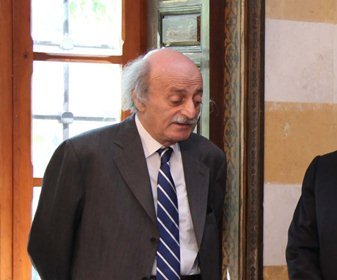 It said that the talks will focus on the latest developments in Lebanon, especially in light of the return to Lebanon of head of the Mustaqbal Movement MP Saad Hariri following a three-year absence.

The talks will also address Lebanon's efforts to combat terrorism following the army's clashes with Islamists earlier this week in the northeastern town of Arsal.

The PSP leader's talks with both officials addressed the presidential deadlock and the importance of backing the Lebanese army.

The only bell he's got for frangieh is the one neatly tied around your neck.. no pun intended