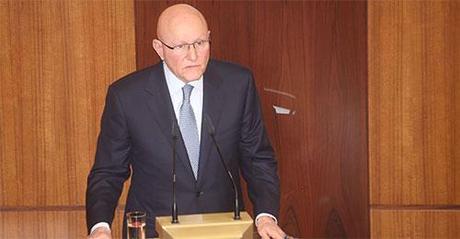 Prime Minister Tammam Salam revealed on Tuesday that he recently contacted Qatari and Turkish authorities to help Lebanon guarantee the safe release of the security personnel taken hostage by Islamist gunmen in the northeastern town of Arsal.

“Speaker Nabih Berri and I seem to have confluence on contacting Qatari and Turkish authorities to help the government ensure the safe release of the troops,” Salam said in comments published in As Safir newspaper on Tuesday.

His comments come a day after Berri advised Salam to resort to the leadership of the two countries to help in resolving the matter.

The fighting in Arsal broke out on August 2 when jihadists from Syria attacked army and police posts in Arsal after the arrest of a militant accused of belonging to Syrian al-Qaida affiliate al-Nusra Front.

Salam told As Safir that he had contacted emir of Qatar Sheikh Tamim bin Hamad al-Thani and tackled with him the developments in Lebanon and the terrorist risks imposed on it.

“Sheikh Tamim stressed to me his country's unwavering support to Lebanon,” the premier said.

However, Sheikh Tamim informed the PM that contacts between Qatar and the Syrian armed groups have completely stopped.

Salam also told As Safir that he couldn't contact newly-elected Turkish President Recep Tayyip Erdogan, but stressed that he will tackle the matter with him again.

Abbas Ibrahim has excellent connections with Qatar since he successfully got the Azaz pilgrims released.

The Gulf States + the West: creators of ISIS