Fadel Shaker Back in Sight 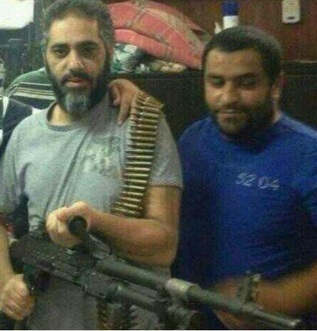 Former singer and fugitive Fadel Shaker has been spotted on Saturday wandering, along with his bodyguards, in the Palestinian refugee camp of Ain al-Hilweh, al-Akhbar daily reported Monday.

Shaker had fled justice more than a year ago following bloody incidents that erupted in Abra, a neighborhood of the southern city of Sidon, between the army and supporters of the Salafist cleric Sheikh Ahmed al-Asir.

Al-Asir, is still on the run.

lol mowaten from the city;)

This shows how anyone is vulnerable to a braindead brainwash!

I love how you always debate them with facts and figures flamethrower. Keep 'em coming

No FT .Just gas them.

i think the islamist terrorist days as a free man are numbered.

i bet he cries everynight, soon, he'll be dead.