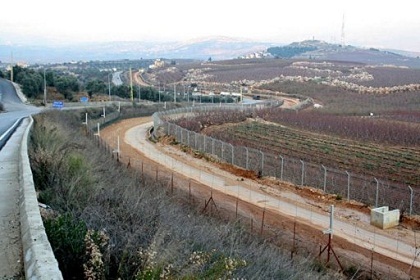 The Lebanese army has arrested an Arab-Israeli civilian who cut through barbed wire to cross the border into Lebanon, a security official said on Thursday.

"Ibrahim Zaydat entered Lebanon on Wednesday afternoon after cutting through a small section of barbed wire at the southeastern border, and was arrested by the army," the official told Agence France Presse.

Speaking on condition of anonymity, the source said it still was not clear why Zaydat had entered Lebanon.

U.N. peacekeepers in south Lebanon have asked for him to be released at the request of the Israeli military command, the source said.

Lebanese authorities are questioning Zaydat and will announce later if they will release him or not, the source added.

It is rare for an Israeli civilian to cross into Lebanon.

Lebanese shepherds who stray close to the border with Israel are frequently stopped for questioning by the Israeli army but later released.

Mate, you are no more than a retard with such comment.. How do you end up with such conclusions? I begs the question really..