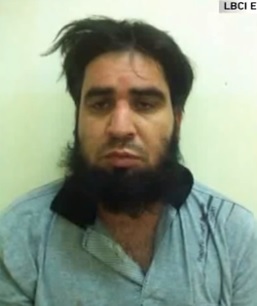 The jihadists who overran Arsal in early August wanted to establish an Islamic "emirate" straddling northern and eastern regions and linked to Syria's Qalamun with Sirajeddine Zureiqat, a spokesman of the Abdullah Azzam Brigades, as its "emir," a media report said on Monday.

"Imad Jomaa, whose arrest sparked the clashes (with the Lebanese army), confessed during preliminary investigations that Abou Malek al-Souri, emir of the al-Nusra Front in Qalamun, and the 29 armed groups under his command had agreed before Jomaa's capture to wage a joint attack on Arsal,” LBCI TV reported.

On August 2, deadly fighting erupted in and around Arsal, leaving 19 soldiers, 16 civilians and dozens of jihadists dead. The clashes ended with a truce negotiated by Lebanese Sunni clerics, but the jihadists withdrew from the area taking around 34 captive security personnel with them.

The assault on the town aimed to “turn it into a launchpad for attacks against other Lebanese towns and against the Lebanese Army in order to create a bigger conflict zone stretching from Syria's Qalamun and the Bekaa to the (Lebanese) north,” Jomaa reportedly confessed.

An Islamic “emirate” was supposed to be subsequently proclaimed, with Zureiqat as its leader, the detainee added.

He told interrogators that he was personally tasked with “coordinating the operation” and that seven groups were supposed to seize control of the army's posts in Arsal before moving to conquer Lebanese towns in the Bekaa and the North.

He noted that his arrest sparked the premature battle with the army, which was supposed to start on August 5.

The armed groups agreed on a “pact” on how to “deal with the Shiite and Christian villages after carrying out the operation,” Jomaa said.

According to the so-called pact, “the Rafida, or Shiites, represent the first target.”

“The greatest number possible of Hizbullah's men and women should be taken captive and anyone above 15 years old must be killed should they show any resistance,” reads the pact.

Christians and members of other sects would be spared “should they stay in their homes,” according to the jihadist agreement.

The pact also calls for taking hostage the highest number possible of army troops, especially officers, and killing anyone who resists.

yes, but first let the ugly bird sing some more :)

above comment was censored. reposting it so someone can explain to me what the moderator found so shocking in it.

do you think he was tortured mowaten by the army intelligence to obtain the desired confession?

Why does _Southern_ automatically equate an anti-HA stance with a pro-IS stance? He seems to miss the fact that some people are against all blind religious zealots; although I do concede that HA are less "crazy" than IS...

He looks like Hassouni in the morning, before his make-up...

i see you use that word a lot, it's a real obsession for you. do you even know what it means?

yes i do. that's one of the perks of knowing how to read.

it apparently is a dispensation which allows muslims to deny their faith if they are in danger of persecution/death for it. i dont see how this word is related to anything here.

Good morning flamethrower!! My family insisted I read your comments before going to work today. Will you be posting all day long as usual? We love it!!!

Exactly flamethrower! They won fair and square and could not govern due to..... the takfiris for sure.

hahahaha! Thank you for the laughs flamethrower:))) My family and I are grateful to you

whoever disliked or not approves my comment , can stuff it up his ...

I agree with you

Too bad. Such a good looking man.

you sometimes leave me and my family speechless!!! How do you keep doing it flamethrower! something another

i bet yur friend zureiqat is even uglier..

jomaa man zz monkey is much prettier than uu.,.and at least he does not terrorize people..

Dahyeh has enough why ask hollywood