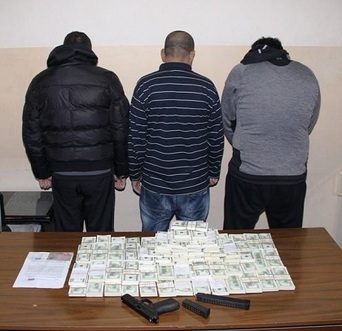 The General Directorate of State Security arrested on Saturday a fraud ring in the eastern city of Zahle.

The ring is reportedly specialized in counterfeiting currency, passports and entrance and exit paper from and into Lebanon.

The network is comprised of six Syrians and eight Lebanese nationals, who confessed to forging 100 dollar bills and Euro currency.

In addition, to seals in names chiefs and officers in major airports, including Libya, the United Arab Emirates, Morocco, Jordan, Syria and Palestine.

Other seals for religious judges were also confiscated.

State Security officer Hussein Salman told MTV that a large number of the forged passports are sent for terrorist organizations in Arab countries.

Flamethrower, how can you debate with them if they don't even know their geography. Keep doing it