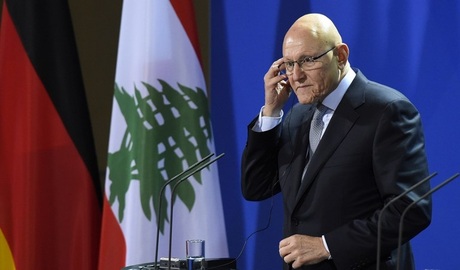 Prime Minister Tammam Salam expressed hope on Monday that the political arch-foes would reach an agreement on a modern electoral law that has a better parliamentary representation.

“Efforts should be exerted on all levels to agree on a consensual electoral law,” Salam said in comments published in al-Joumhouria newspaper.

He stressed the importance of the endeavors to guarantee the democratic process in the country.

Earlier this month, lawmakers also deepened the political deadlock in the country after they voted once again to delay elections and announced they would extend their mandate until 2017, which was met by a huge popular dismay.

Asked about the Special Tribunal for Lebanon, Salam noted that he is “following up the trial with great interest.”

“We are depending on the judiciary to reach justice.”

MP Marwan Hamadeh is scheduled on Monday to make his political testimony before the STL.

His testimony will pave the way to tackling the political motivations linked to the assassination of former Prime Minister Rafik Hariri in 2005.

The in absentia trial of five Hizbullah members accused of murdering former PM Rafik Hariri in February 2005 kicked off at the STL in The Hague in January.