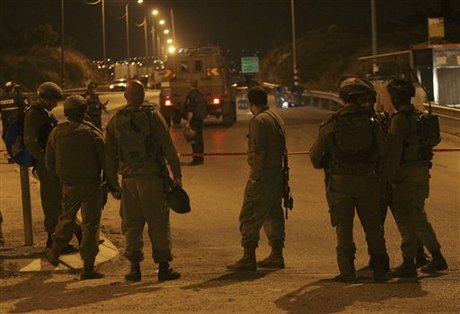 An Israeli man and his 11-year-old daughter were wounded Thursday when assailants threw a firebomb at their vehicle in the northern West Bank, the army said.

A military spokeswoman told AFP the assailants, believed to be Palestinians, threw a Molotov cocktail at the car near the Maale Shomron settlement.

The car caught fire and the 11-year-old girl was seriously wounded while her father was slightly hurt in the attack, the spokeswoman said.

Housing Minister Uri Ariel of the far right Jewish Home party called on the army to retaliate to firebombs as it does to attacks from the Gaza Strip.

"Firebombs have one goal -- to kill Jews," he said in a statement, calling on the prime minister and army to respond with "severity and harshness."

On Wednesday, the air force launched an air strike in southern Gaza and killed a Hamas militant after a sniper attack from the Palestinian territory seriously wounded a soldier.

Firebomb attacks by Palestinians against Israeli civilians and military targets are not rare in the West Bank.

According to the military, in the first nine days of December Palestinians carried out 24 Molotov cocktail attacks, five of them targeting civilian Israeli cars.

And you expect, demand, that Israel will not retaliate?