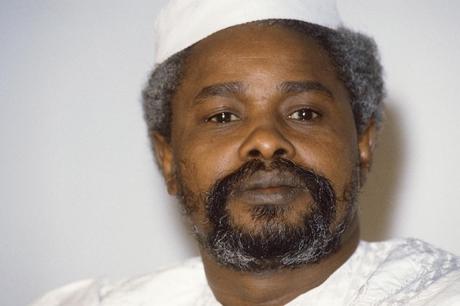 Seven of former Chadian leader Hissene Habre's security chiefs were jailed for life Wednesday for torture and murder by a special court in the capital N'Djamena.

They included the ex-head of the political police Saleh Younous and Mahamat Djibrine, who investigators said was one of the "most feared torturers" under Habre's eight-year dictatorship.

The sentences were welcomed by the New York-based Human Rights Watch as a "victory for justice".

Three other former aides of the ex-president -- who was overthrown in 1990 -- were also sentenced to 20 years.

They were among 28 people accused in the first trial held inside Chad arising from the so-called "black years" when thousands of people were tortured, killed or disappeared in the vast sub-Saharan country.

Habre, 72, has already been sentenced to death in his absence by a court in Chad for crimes against humanity.

He now awaits trial for war crimes and torture by a special court formed under an agreement between the African Union and Senegal, where the former strongman has been living in exile for more than 20 years.

He sought refuge there after being toppled in December 1990 by Idriss Deby Itno, who has ruled Chad ever since.

"Twenty-four years after the end of the Habre dictatorship, and fourteen years after the survivors filed their complaints, today’s convictions and the order of reparations are a stunning victory for Hissene Habre's victims," Reed Brody, a lawyer for Human Rights Watch, said.

"The sentencing of state officials for human rights crimes is not only a testament to the courage and tenacity of the victims, it is a remarkable development in a country where impunity for past atrocities has been the norm," he added.

Most of the accused served in Habre's once-feared Directorate of Documentation and Security (DDS).

While four of those put on trial on November 14 were acquitted, most of the accused were sentenced to between seven and 15 years in prison.