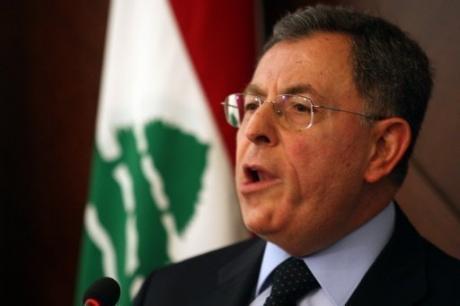 The dialogue between the Mustaqbal Movement and Hizbullah is expected to continue despite the testimony of Mustaqbal bloc chief MP Fouad Saniora before the Special Tribunal for Lebanon that revealed that slain former Premier Rafik Hariri was aware of Hizbullah assassination attempts against him, reported the daily An Nahar on Thursday.

Observers told the daily: “The dialogue will continue because the factors that preceded Saniora's testimony and those that followed it have not altered the course of the talks even if some March 8 coalition members sought to tarnish it through media campaigns.”

Saniora was keen to be very accurate in his recounting of Hariri's revelation of assassination attempts against him and he did not provide his subjective view on the matter, they said.

He only repeated what he was told in order to safeguard the credibility of his testimony, they explained.

The observers noted that the “STL Defense tried to corner him” into making his own interpretations, but Saniora maintained his objective stance, said An Nahar.

The head of the Mustaqbal bloc also refused to direct any accusation against Hizbullah in the Hariri assassination.

He also refused “to make any insinuations about former President Emile Lahoud's intentions” during his time in power even though the MP “discussed at length the practices of the Syrian security system under the ex-president's rule.”

The observers therefore said that Saniora “cannot be accused of creating an escalatory atmosphere to eliminate the dialogue with Hizbullah, unless some sides believe that he was supposed to subvert the facts before the STL.”

They added that the Mustaqbal-Hizbullah dialogue was launched on the “basis of setting aside all major contentious issues and instead focus on easing Sunni-Shiite tensions and resolving the presidential impasse.”

“The STL was and will always be one of the major issues of disputes between the two sides and therefore it is not necessary to use Saniora's testimony as an excuse to hamper the talks,” they remarked.

“The upcoming days should be sufficient in determining the path of the dialogue,” they predicted.

Saniora had kicked off his testimony before the STL on Monday.

He spoke of the practices the Lebanese-Syrian security system had adopted during the 1990s and early 2000s prior to Hariri's assassination in 2005.

He detailed the influence the system had over the judiciary and government practices, as well as the tensions between Hariri and Syria's ally Lahoud.

In addition, Saniora told the court that Hariri had confided to him sometime around 2003 or 2004 that he had discovered a number of assassination attempts by Hizbullah against him.

The MP stated before the Defense on Thursday that he “was not in any position to accuse Hizbullah of assassinating Hariri.”

“The STL is expected to find who killed him,” he continued.

The tribunal has so far indicted five Hizbullah members of being behind the February 14, 2005 assassination of Hariri.

The party has denied the claims and deemed the STL an American-Zionist entity aimed at destroying the group.

The tribunal is trying the accused in absentia and the recent testimonies have focused on the political developments that preceded the crime.

This man is the lowest a man can get.

His will be forever remembered for his crocodile tears in public whilst begging the Lebanese enemy to please continue bombing Lebanon.

Your tales at the STL are surely given great importance since your history is that if a noble man.

what a disgrace if nothing else..lets not even mention the thieving.