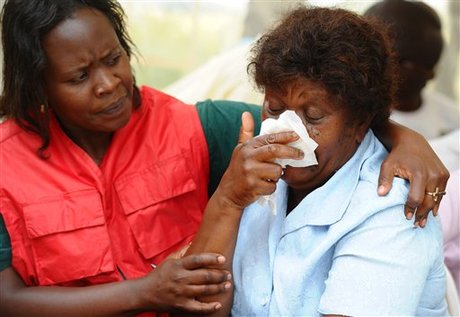 Islamist gunmen who massacred sleeping students in Kenya's Garissa university knew what they were doing: they picked a soft target put further at risk by crippling corruption and mismanaged security, analysts say.

The killing on Thursday of 148 people by Somalia's Al-Qaida-linked Shebab militants was meant to strike at the heart of Kenya's society and economy, said Abdirashid Hashi, director of the Somalia's Heritage Institute for Policy Studies.

The attack was not a sign of Shebab strength. The insurgents are weakened in Somalia, with U.S. drone strikes killing a string of commanders, and they have lost all key towns to African Union forces, of which Kenya makes up a key part.

Rather, Thursday's dramatic attacks were aimed to give the Shebab the publicity they crave.

"It is an attack that will generate public attention, at least in East Africa," ​​said Herve Maupeu, from France's University of Pau.

Faced with pressure in Somalia, the Shebab are trying "to survive by attacking the only country in the region where it is easy", Maupeu added.

But while other nations with troops in the AU mission to Somalia (AMISOM) have been also hit by the Islamists' violence, none have been hit as hard or as often as Kenya.

The Shebab also carried out the Westgate shopping mall massacre in Nairobi in September 2013 when four gunmen killed 67 people in a four-day siege.

Other states taking part in AMISOM are far harder targets: neighboring Ethiopia has a well-organized security apparatus, Maupeu pointed out, while other countries such as Uganda and Burundi are just too far away.

Kenyan security forces, trying to combat an enemy that can easily cross the long and porous border from war-torn Somalia into Kenya, have been hamstrung by decades of corruption.

The impact of corruption should not underestimated, said Roland Marchal, a specialist on the region.

"It is very difficult to control a border like that... and corruption does not help," he said.

President Uhuru Kenyatta said Thursday that "urgent" steps must be made to complete the recruitment of 10,000 new police officers -- a process stalled last August amid corruption claims.

But the wave of Shebab attacks also seek to divide Kenyans -- a people who have fought in the recent past along ethnic lines, including post-election violence in 2007-2008.

The militants also aim to create a gulf between religious groups, with over 80 percent Christian compared to just over a tenth who are Muslim.

Kenya has been hit by a wave of grenade and gun attacks, often blamed on Shebab sympathizers and sometimes aimed at police targets, since the army crossed into southern Somalia in 2011 to attack Islamist bases.

"They want an internal war in Kenya, the kind of which will trigger destruction and blood-letting," the Standard added.

Kenya's government has been under fire since the Westgate killings. In June and July last year, Shebab gunmen killed close to 100 people in a series of attacks on the coastal town of Mpeketoni and nearby villages.

In November, Shebab claimed responsibility for holding up a bus outside Mandera, separating passengers according to religion and murdering 28 non-Muslims. Ten days later, 36 non-Muslim quarry workers were also massacred in the area.

"The terror networks that aim to bring down this country as we know it are able to operate only because they have deeply infiltrated our society and built internal support networks," the Daily Nation newspaper said.

But it also warned Kenya has failed to put in place the "appropriate measures that will shield us".

A series of foreign travel warnings in response to the threat have crippled Kenya's important tourism industry.

On Wednesday, just hours before the attack in Garissa began, President Uhuru Kenyatta insisted Kenya "is as safe as any country" in the world.

On Thursday, he offered condolences to those killed, but said security forces had made the "appropriate deployment to the affected area".

The Daily Nation saw it differently, and said it was "doubly humiliating" the massacre came just after Kenyatta dismissed a British travel warning.

These terrorists have evil soul....and will end up in Hell to burn in eternal fires.