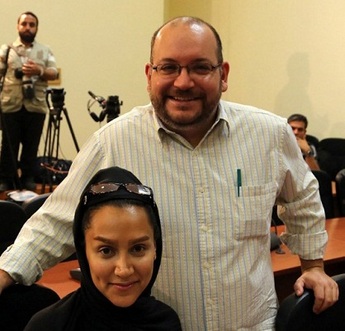 The detained Washington Post journalist Jason Rezaian faces trial for espionage and three other charges including "collaboration with hostile governments," his lawyer told AFP on Monday.

Rezaian, the newspaper's Tehran correspondent, has been in jail for nine months but no date has yet been set for court, Leila Ahsan said, revealing the case against her client for the first time and saying it contained "no justifiable proof."

In a telephone call after meeting Rezaian, she said Rezaian was also accused of gathering classified information and disseminating propaganda against the Islamic Republic of Iran.

Ahsan revealed the charges hours after senior judicial official said the file against Rezaian, an American-Iranian citizen, is "thick and contains different aspects."

However Ahsan said: "Jason is a journalist and the nature of his work is to have access to information and to publish it. He had no access to confidential information, either directly or indirectly."

Rezaian, 39, was detained in Tehran on July 22 last year, along with his Iranian wife who was later released on bail.

Rezaian is being held in the capital's notorious Evin Prison, where Ahsan said he was "in good spirits" but had no access to newspapers or media.

His detention has political resonance because of his dual nationality and long-running talks between Iran and world powers, including the United States, regarding Tehran's disputed nuclear program.

Foreign Minister Mohammad Javad Zarif last week said the charges against Rezaian were "very serious" and were a matter for Iran's judiciary, insisting the case was free of political interference.

On April 2, Iran and world powers agreed the key parameters for a deal that would end a 12-year standoff about concerns that Iran is seeking a nuclear bomb.

Iran insists its atomic program is entirely peaceful and meant for civilian energy purposes only.