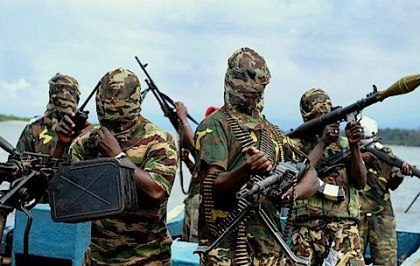 But with corruption rife across Cameroon, the government has set up an inter-ministerial committee to ensure "transparent" management of the funds offered up by citizens of the struggling African nation, the broadcaster said.

Hundreds of tonnes of food aid have also been donated to help the army since the fundraising began several weeks back, it added.

Addressing fears the funds could go missing, the government said a special account has been opened for the cash. But local media said President Paul Biya recently fired two army officers for embezzling food aid for the troops.

Cameroonians still remember how the country's famed football team, "The Indomitable Lions", never saw a cent of the funds collected nationwide in 1994 for their World Cup bid. "The suitcase of money is somewhere between Paris (its last trace) and New York," Cameroonians still say today.

Cameroon decided last August to fight Boko Haram after a series of incursions by the Islamist fighters in the far north of the country. Two soldiers were killed in a Boko Haram attack there earlier this month.

Nigeria's military has claimed a series of victories over the group across the northeast since an offensive launched in February with support from Cameroon, Chad and Niger.