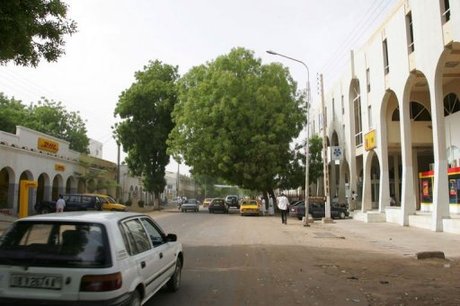 Twenty-three people were killed on Monday in suicide bombings targeting police in the Chadian capital that the government said was the work of Boko Haram militants.

They were the first such attacks in the capital of the central African nation, which has been on the frontline of the regional fight against the Nigerian Islamist group.

"Boko Haram chose the wrong target. These lawless and faithless terrorists will be flushed out and neutralized wherever they are," the government said in a statement.

It said 23 people were killed and another 101 wounded in the simultaneous bombings outside the police headquarters and police academy in N'Djamena.

It said four "terrorists" were also killed, but did not give details. Earlier, a police official had told AFP that two suicide bombers carried out the attacks, which came as police cadets were attending a training course at the academy.

There was no immediate claim of responsibility.

The government said the situation was quickly brought under control, but the unprecedented assault on the capital prompted the creation of a "crisis cell" and vehicles with darkened windows were banned from N'Djamena.

Large numbers of members of Chad's security forces were also seen taking up positions on the streets.

President Idriss Deby was expected to return home during the day from an African Union summit in Johannesburg, an official said.

In his absence, government ministers held a crisis meeting to discuss the bombings.

The former French colony is part of a four-nation coalition also including Nigeria, Cameroon and Niger that was created to tackle the Boko Haram insurgency after the group stepped up cross-border attacks.

Boko Haram leader Abubakar Shekau has on several occasions threatened to attack Chad and other countries in the coalition.

Paris condemned Monday's blasts, with a foreign ministry spokesman saying France "stands alongside Chad and its partners in the fight against terrorism".

Chad is a close ally of France in its counter-terrorism Operation Barkhane in five countries in the Sahel region and the French army has set up its headquarters for the campaign in N'Djamena.

The long-awaited Multi-National Joint Task Force, which had originally been due to become operational in November, has its headquarters in N'Djamena, under a senior Nigerian officer.

Boko Haram has been waging a six-year campaign of violence in northeastern Nigeria that has left at least 15,000 people dead and increasingly spilled across borders.

Chad's involvement in the fight against Boko Haram began in January when Deby sent troops to assist neighboring Cameroon, whose far northern region was coming under attack from the rebels.

More than 70 Chadian soldiers have died in operations against the Islamists, including attacks around Lake Chad where the borders of Nigeria, Chad, Cameroon and Niger meet.

Nigeria's new President Muhammadu Buhari, who has vowed to make crushing Boko Haram the priority of his rule, visited Chad as well as Niger earlier this month to build up the regional coalition against the Islamists.

"It's an international problem now," he said.

Boko Haram, whose name roughly translates as "Western education is forbidden", aims to create an Islamic caliphate in the territories it controls and earlier this month declared allegiance to the Islamic State group.

Some of the 1.5 million people made homeless by the violence have fled to Chad, a poor, largely desert landlocked country.