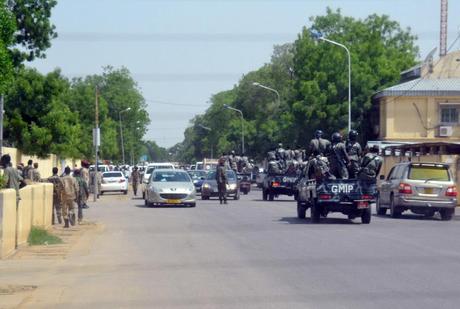 Chad declared three days of national mourning Wednesday for the 33 people killed in twin suicide bombings blamed on Boko Haram on Monday, the first such attacks in the capital N'Djamena.

President Idriss Deby said that the "provisional" death toll had risen from 24 to 33 as he condemned the "macabre and horrible" attacks on the city's police headquarters and police academy.

"These two simultaneous attacks, committed by elements of the Boko Haram sect... prove that the terrorists and their commanders have not abandoned their macabre and horrible acts and their diabolical plan to destroy Chad," he added.

Deby said he was "not surprised" by the attack given Chad's lead role in a regional offensive against Boko Haram fighters operating out of neighboring Nigeria.