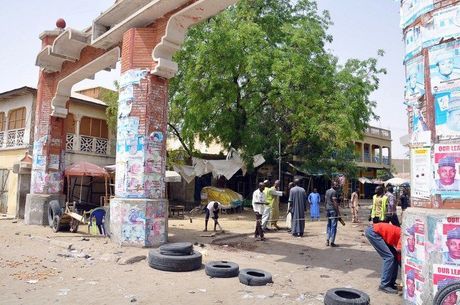 Boko Haram on Saturday claimed responsibility for attacks in Chad's capital N'Djamena and the Nigerian city of Maiduguri, the SITE Intelligence Group said.

The U.S.-based monitoring group said the claim of responsibility, made on Twitter, was signed "Islamic State, West Africa Province", as Boko Haram has styled itself since pledging allegiance to the Islamic State group in March.

A statement citing Boko Haram's Twitter message identified the attackers and said they had "pounded strongholds of disbelief in West Africa."

At least 15 people were killed in a suicide bomb attack at a crowded market in N'Djamena on Saturday. Boko Haram had previously claimed responsibility for a June 15 attack in the city that left 38 dead.

In Maiduguri, two people were killed when two suicide bombers tried to target a busy bus station. Heavy security prevented the attackers from getting into the terminal.